A modernist hotel that featured in 1960s James Bond film You Only live Twice is being rebuilt to be more earthquake-proof, reopening in Tokyo next year.

Despite a global campaign to save the the Hotel Okura Tokyo, it was demolished three years ago to make way for a bigger and more shock-proof design.

It has now been announced that the new 508-room hotel will reopen as The Okura Tokyo in September 2019. 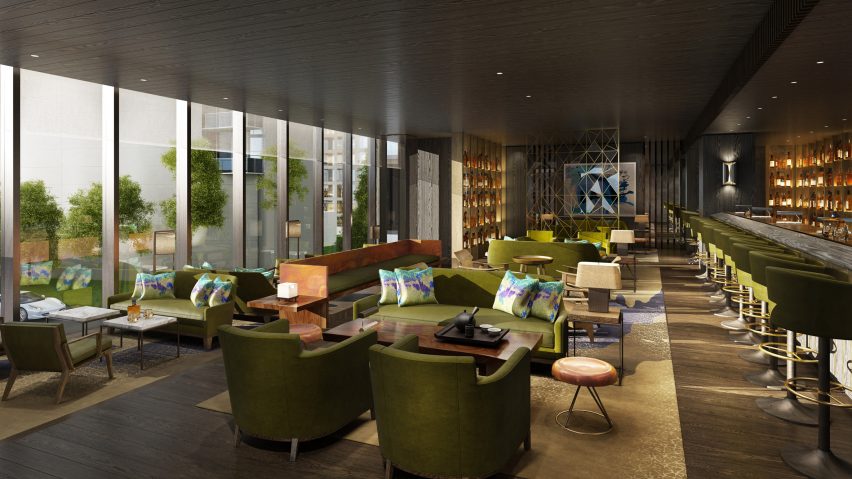 The Orchid Bar will also be reproduced in the new hotel

Japanese architect Yoshio Taniguchi is designing some of the main guest areas in the new hotel, including the lobby, which will be an updated version of the lobby his father Yoshiro Taniguchi designed in 1962 for the original Hotel Okura.

Ian Fleming’s Bond novel was published two years after the hotel opened, and the author had the British spy stay at the Okura. When it was turned into a film starring Sean Connery as 007 in 1973, the hotel’s lobby starred as one of the sets. 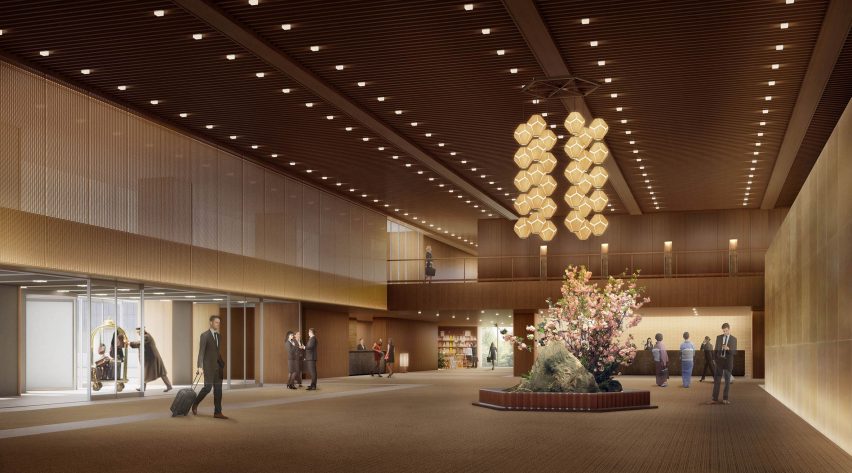 The new hotel will incorporate fixtures saved from the original hotel

“The original lobby designed by my father was extremely popular,” Yoshio Taniguchi said in a statement issued by the hotel.

“So I felt a special responsibility to create distinctive Japanese designs that would similarly inspire guests for years to come.”

Decor saved from that 1960s lobby, such as the distinctive hexagonal lanterns and the world map that displayed global time zones will be reinstated, along with the lacquered tables and midcentury chairs that are designed to be arranged like the petals of plum tree blossoms.

Japanese ceramicist Kenkichi Tomimoto’s woven silk wall tapestry will be “faithfully reproduced” in the new lobby, as will the shoji paper windows with their Asanoha-mon leaf-pattern latticework. 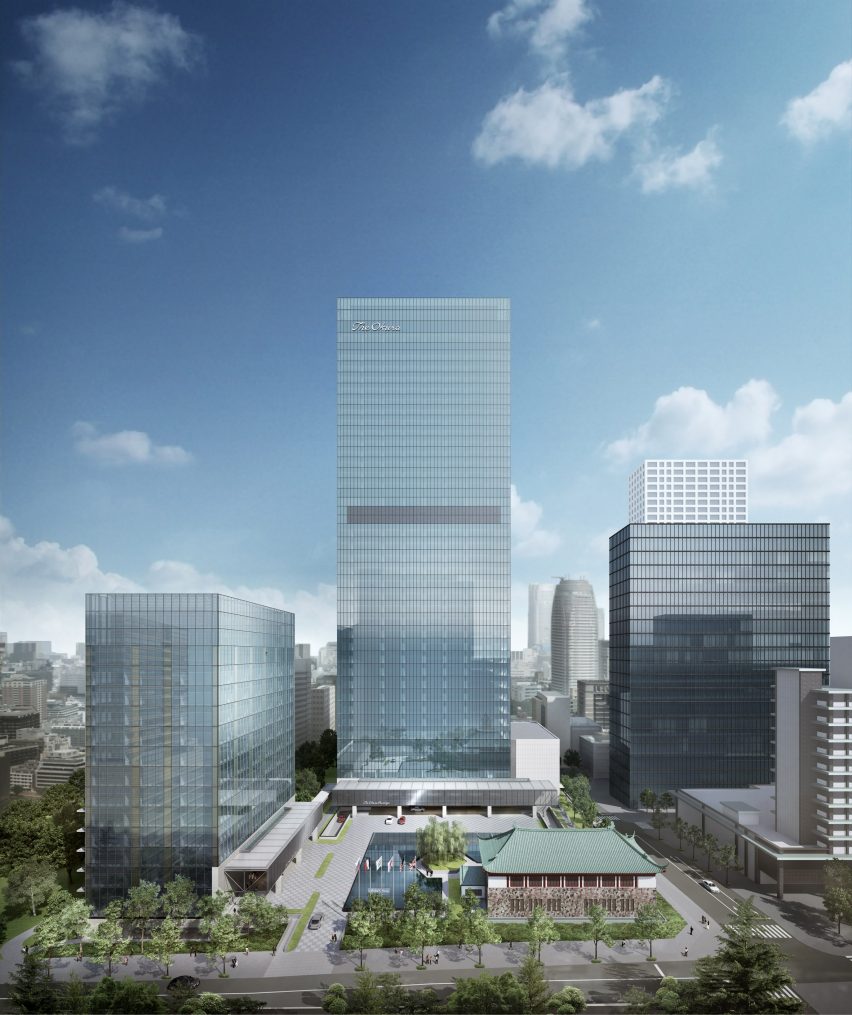 From the outside, however, the hotel will look very different from its low-lying modernist predecessor. A glass skyscraper will rise 188-metres above Tokyo as the Okura Prestige Tower, with guest rooms starting on the 28th floor of the 41-storey building.

On the fifth floor Yoshio Taniguchi will recreate the atmospherically low-lit Orchid Bar, a former favourite of diplomats from the American Embassy nearby.

New fine dining restaurants, banquet facilities and what claims to be Tokyo’s largest ballroom will be located here.

Yoshio Taniguchi, son of one of the architects who worked on the original hotel, will design elements including the new entrance square

Next door the Okura Heritage Wing will be 75-metres high, and will house reproductions of the Yamazato Japanese restaurant and the Chosho-an tea ceremony room.

The new entrance, called the Okura Square, is also being designed by Yoshio Taniguchi and will include a large water feature.

“It was sad to put our much-adored Hotel Okura Tokyo to rest, but I am fully confident that The Okura Tokyo will be equally loved by our worldwide guests and visitors,” said president of the Hotel Okura chain Toshihiro Ogita.

Earlier this year Schemata Architects restored a 1970s capsule hotel in Tokyo, combining contemporary details with retro items such as the sleeping pods themselves.

What’s on your mind?